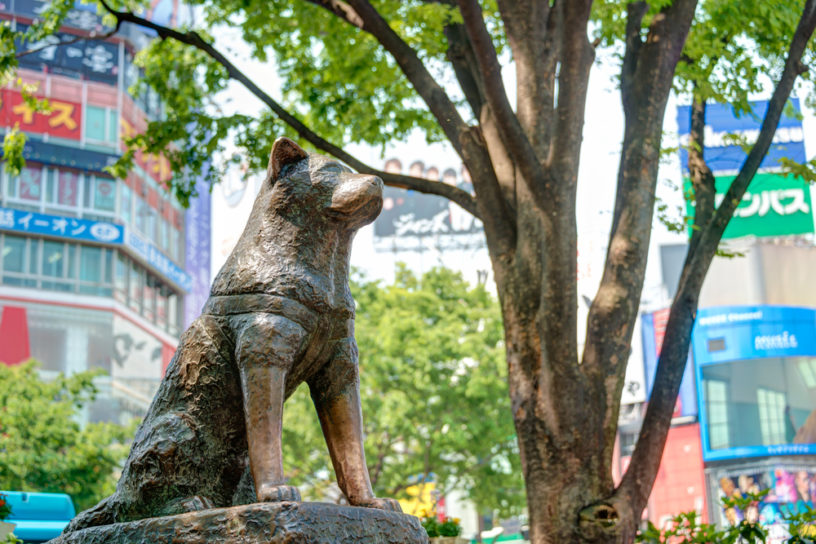 Almost a century after his birth, Hachi remains in the hearts of people all around the world.

An Akita puppy was born on a farm in Odate, Japan in November 1923. Two months later, the little dog was placed in a small straw crate and put on a train through treacherous mountains to meet his new owner. Alone in foreign surroundings with an uncertain future, the small Akita was greeted by an earthquake, snowstorm, and a sandstorm. This was Hachi’s introduction to a world far beyond the farm. Arriving in a sick and weakened condition, the pup’s survival was in question.

As puppy luck would have it, Professor Ueno was a passionate dog lover. Ueno nursed the puppy (now named Hachi) back to health. A student assistant kept a detailed health log to document any change. With the loving care, Hachi regained his vitality.

Today, Hachi’s deep bond and loyalty to Ueno is memorialized in his bronze statue at Shibuya Station. Located adjacent to the busiest intersection in the world, Shibuya Crossing, the iconic statue is a popular meeting place for locals — “Let’s meet at Hachiko!” Tourists place the statue on their  list of “must see” destinations.

When my friend brought her 10 year-old granddaughter to Japan, the only thing she wanted to see was Hachi! She sent me the picture.

“On Hachi’s birthday, I think back to the first months of his life. I can imagine a plump squirming puppy playing with his four male siblings in a barn. Hachi was born on a farm in snow country, Odate, Akita prefecture, to a wealthy landlord farmer.” 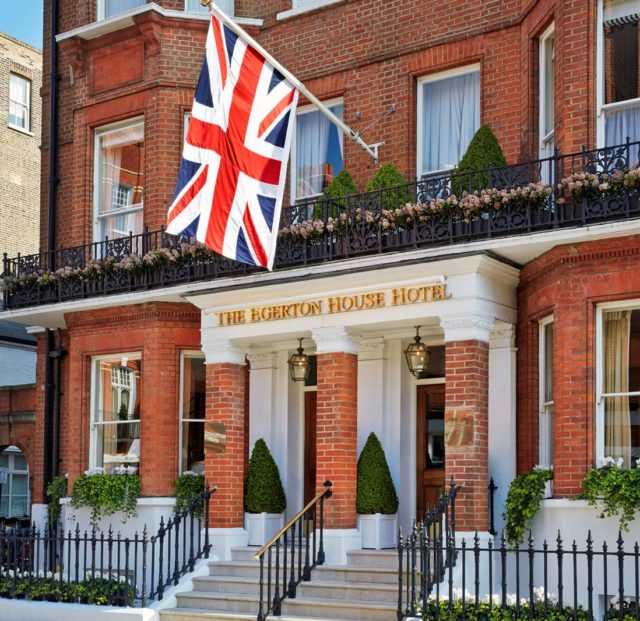 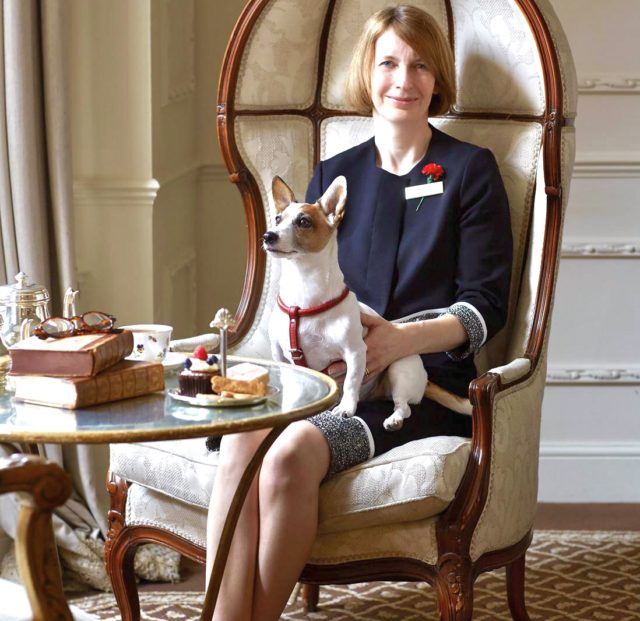 Just last month, I experienced this in person.

In London, I stayed at The Egerton House Hotel. Centrally located, just blocks from the world-famous Harrods department store, it boasts an in-house mascot dog — the manager’s own sweet pup.

Of course, I had to meet the pup, mentioned being a huge dog lover and about “Hachi: A Dog’s Tale”. It seems everyone had seen the film! Word spread fast. From that moment on, staff members would greet me to share their affection for Hachi’s story.​

The boutique hotel is super dog friendly, with a special menu, dog treats, beds and they even host canine events. They are crazy about dogs! 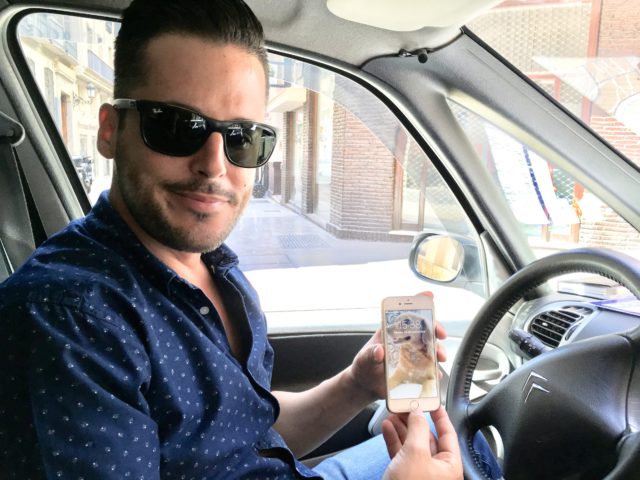 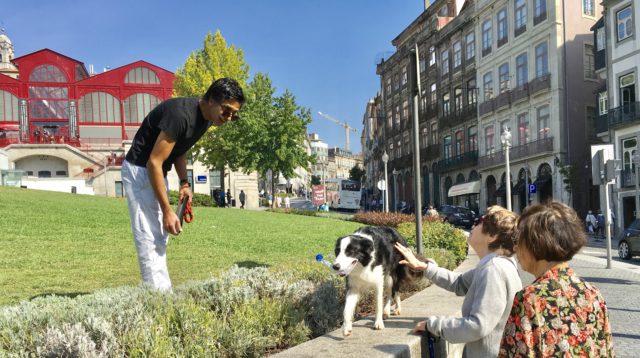 In Porto, Portugal, our driver stopped at a park. A man was tossing a frisbie to his dog — who entertained us with rapid acrobatic moves (the dog, that is). While we watched, I discovered that our driver had recently viewed “Hachi: A Dog’s Tale” and loved it.

At a stop in Malaga, Spain, I noticed that our taxi driver had a cute image of a dog on his cell phone. A huge dog lover, he knew all about the film. We kept in contact, and he’s a member of our Hachi Facebook page. 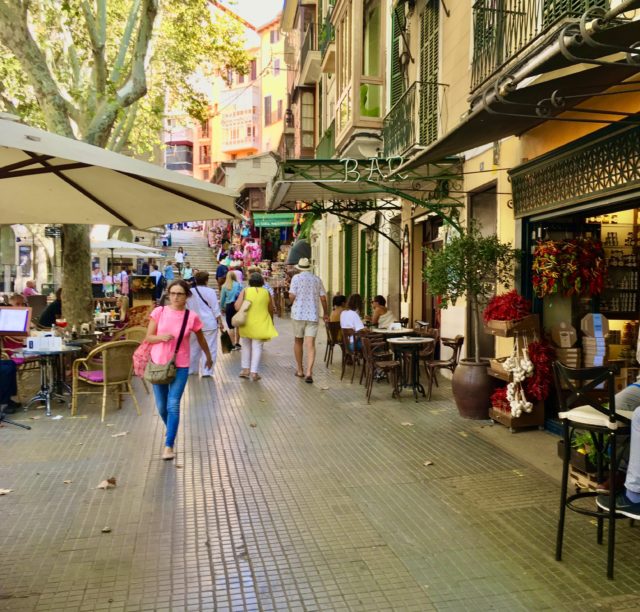 While in Palma de Mallorca, I had lunch in a tiny sidewalk cafe. There was a Hachi-looking dog nearby. We talked about Akitas and the Hachi film. Our young waitress overheard, and got super excited — turns out she loves Hachi, too! She rounded up the wait staff, and insisted on taking my picture with them.

Finishing the holiday on a cruise ship, I met one elderly, elegant man who travels the world on ships, and brings his favorite DVD’s with him. Of course, he always packs Hachi!

No matter who you are or where you’re from, the story of Hachiko and his gripping, impactful loyalty endears viewers after over 90 years.

To continue the party, join our Facebook community where we celebrate Hachi and our dog friends everyday!