Hachi: A Dog’s Tale saw a few talented, monumental dogs play Hachi himself. Forrest was one of them. Let’s get a Forrest update since he played Hachi.

What is your favorite toy or past time?

Forrest had a very particular nature; we called it the “whatever” nature. When Forrest was younger, he had a few toys that he would play with, very seldom, and only for a brief few minutes then, “whatever, I’m all done with that toy”.

His favorite past time was hanging out with “daddy” or Nick. Forrest would go with me everywhere. Work, home, taking Nick to school, picking Nick up after school, walks, you name it.

Forrest went everywhere I went. And no matter where we went, everyone loved him. He was too beautiful to resist. People everywhere had to get close to him when they saw him. And Forrest liked every minute of the attention!

We used to joke about Forrest having to “deal with” his adoring fans like a big Hollywood actor because of his role in Hachi: A Dog’s Tale. Even if the people had not seen the movie he would still attract a crowd wherever we went.

As Forrest got older his favorite past time was to play wrestle with daddy.

What was your favorite scene you were in from Hachi: A Dog’s Tale?

My favorite scene from the movie has to be when Joan Allen goes to hug Hachi, (Forrest), and he turns his head away as if to say “I can’t look at you- I’m too heartbroken”.

What an actor! So dramatic!

But that was just Forrest being Forrest. There were so many scenes that I loved from the movie but now since Forrest’s passing, it has been just too hard to watch.

Other than Hachi: A Dog’s Tale, what films or live appearances have you made?

Forrest appeared in an episode of Animal Planet’s Dogs 101- Akita. There was a rather lengthy segment about Forrest – it was really cool! Forrest also made a cameo in a TV commercial for a local finance company here in Delaware.

But for the most part, after the movie, Forrest gave up his acting career to be a “stay at home” pup for his family. 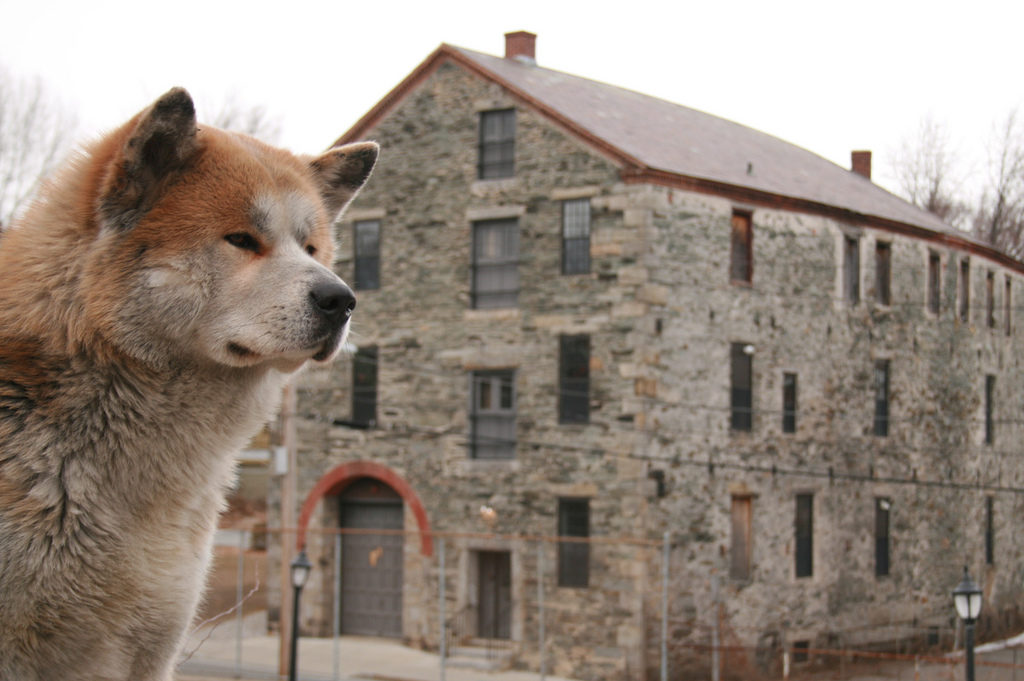 When you have those funny dreams where you kick and bark in your sleep, what are you dreaming of?

Forrest often had those funny dreams when he would kick and run in place and bark when he was sleeping. Defiantly dreaming about running around the yard or at the beach chasing is best buddy Nick.

Those two were inseparable. If ever you noticed a guilty look from either one you knew something was up and they were both in on it.

In closing, I can say that though this was short and sweet; it was one of the hardest things I have had to write. Forrest was far more than a pet or pal.

He changed me and my entire world. An indelible mark left on my soul. Forrest was truly one of a kind. Rarely a moment passes without thinking of him.

Although Forrest is no longer with us, he will forever live on through his role as Hachi in A Dog’s Tale. His performance was monumental in telling a powerful, impactful story and we will be forever grateful for his service and dedication to this role.

Did you appreciate Forrest’s role in Hachi: A Dog’s Tale?

we will miss him.

Yes, he will be missed and remembered forever…🌈🐶

My daughter and I just finished watching Hachi and our hearts were so touched at the miraculous way a dog can change a life. Thank you for sharing Forrest’s life with us in this amazing portrayal of Hachi. We were crying throughout the movie and are crying again that Forrest too is gone. My eight year old daughter drew pictures of him. Forrest is so beautiful and thank you for sharing him. We lost our beloved German Shepherd in January and we are so broken but so thankful for the time.

Hi Rhonda & Naomi! Thank you for your kind note, and condolences on the loss of your beloved Shepherd. Dogs add immeasurably to our daily lives. They give so much yet ask for so little. Our pups are family members, and while their lives are shorter…they mark us forever with their love.