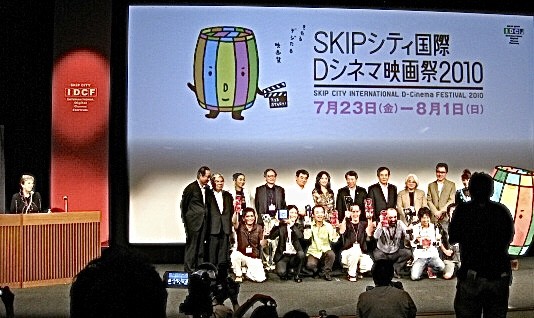 Hachi is a household name in Japan, so it was a thrill to be invited to participate in the 2010 Skip City International Film Festival  jury. Shy by nature, I was hesitant to accept at first. When I’m out and about, I can mix easily if one-on-one. But, get me before a group of people and I freeze. My teachers would tell my parents that I never said a peep. The idea of being in any type of spotlight was nerve-wracking.

I came out of my shell when I left for college. It was do or die time. Would I continue to lurk in the shadows. Or, start living the life of my dreams. So, I decided to go beyond my comfort zone. And, that’s when everything got interesting!

So, I put my mental house in order and accepted the invitation.

The organization couldn’t have been more accommodating. It was first class all the way. From the flight to my own personal assistant to make sure my stay was seamless. She even showed me the best places to dine.

But, there was work to do.

Featuring the cutting edge of digital film technologies, the festival received 810 feature and short submissions from a record high of 85 countries. The mission is to discover and support emerging filmmakers and celebrate the global recognition of digital technology.

In the span of a week, the jurors watched the short list of contending films. Lots of films back-to-back. One of the main reasons I love the movies is for the chance to “live” through the eyes of others. To be in their shoes, so to say, if only for the moment.

There’s no better way to expand the mind than to experience lives from a different perspective. In discovering commonality, people are more accepting of others. The human race has the same needs and desires. We just need to get pass our fears of the “different”.

The Best Film grand prize was awarded to director Giorgio Diritti. His moving story depicts the life of poor town folk engulfed in the horrors of WWII. As seen through the eyes of a mute eight-year-old girl, it packs a powerful punch.

I was given the honor of presenting the Best Director award to Jie Liu for “Judge” during the closing ceremony event. After studying cinematography at the Beijing Film Academy, Liu worked as a cinematographer on Beijing Bicycle (2001), which premiered at the Berlin Film Festival. The aspiring director was subsequently invited to many other international film festivals including Karlovy Vary, Helsinki, and Toronto. He made his directorial debut with “Courthouse On Horseback” (2006) and subsequently directed “Judge” (2009). Both films were screened at the Venice Film Festival.

The wide range of topics and immense talent was remarkable. To me, each story was a lesson in humanity. I thought of the intense hours involved in the dreaming, planning and actual production of each submission. I gained a new perspective from a each film.

And, to think I almost passed up this opportunity.

The more I venture beyond my comfort zone, the more I learn…about myself too.

A popular Japanese celebrity was on the jury with me. She came up to say hello. I was surprised she remembered me. We were introduced, briefly, at the Hachi premiere the previous year. The first thing she said was, “I hear you’re engaged”!

What? No way! My head spinning, I asked how she heard this. She said I’m well known in Japan due to Hachi: A Dog’s Tale. I was floored!

But, that’s how I came to understand the popularity of Hachi… and also about false rumors! 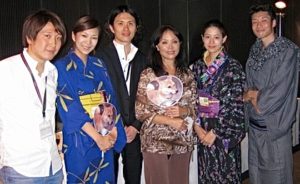 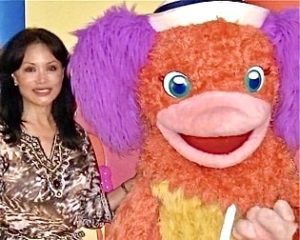 After the awards ceremony, there was a lavish buffet and it was great fun talking to all the nominees and winners! Hachi: A Dog’s Tale is a huge hit in Japan, and I got asked lots of questions about the film. A popular meeting place in Japan, Hachi’s bronze statue at Shibuya Station is not only a landmark, but on the “must-see” list for tourists.

Whenever I’m in Tokyo, visiting Hachiko’s statue is my priority. Despite my busy schedule, this time was no different. As usual, enthusiastic admirers crowded around him. There are tons of people trying to get photos with Hachi. It’s intimidating, but the positive energy that Hachi generates makes it well worth the wait. 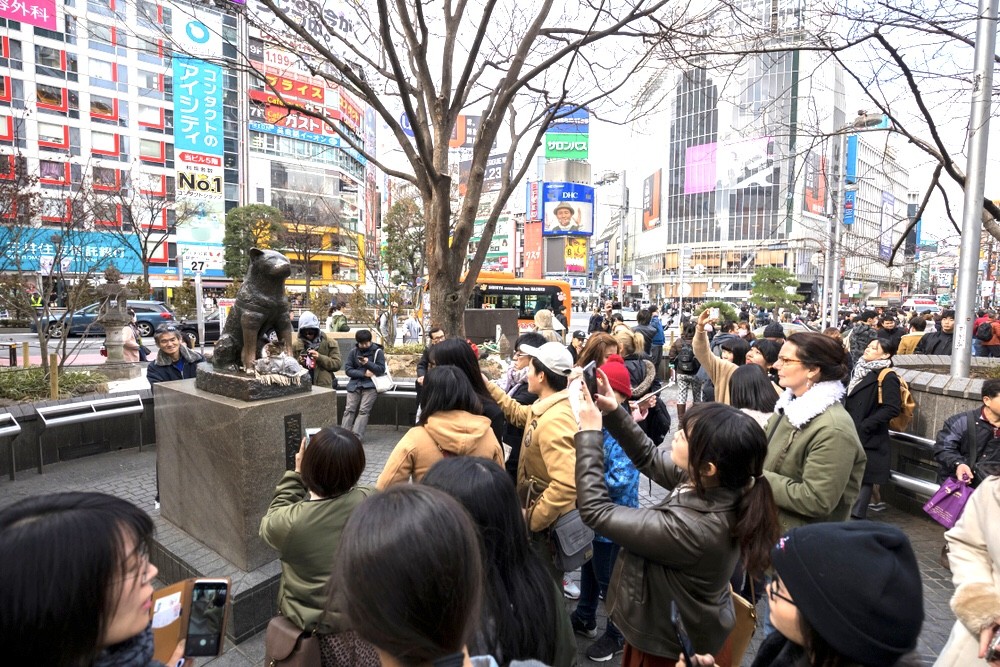 Overall, the experience was everything I could have imagined. Just seeing how many people admire Hachiko and his story made creating such a powerful movie worth it.