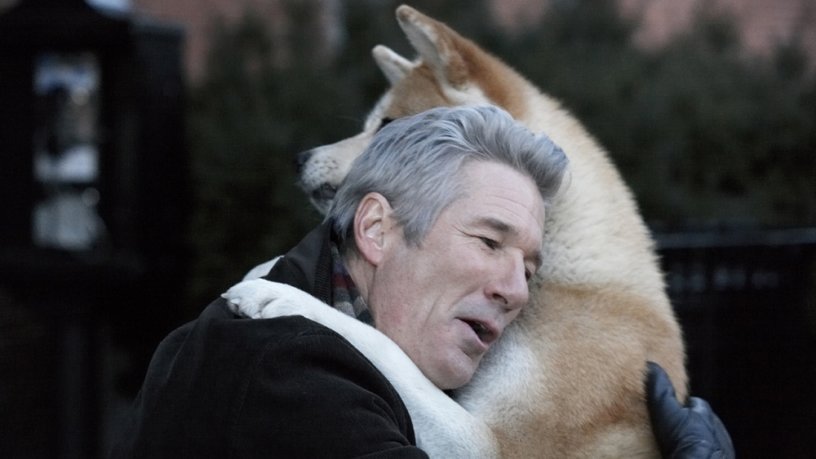 This Richard Gere dog film based on a true story, Hachi: A Dog’s Tale, makes it big in Japan as the story of one loyal dog’s undying love lives on.

USA Today by Cindy Clark, 9/25/10– In this Richard Gere dog film, he stars as Professor Parker Wilson in Hachi: A Dog’s Tale (Sunday, 9 p.m. ET/PT on Hallmark), which is based on a true Japanese story of canine loyalty. It also marks the first family-friendly film for the 61-year-old actor.

“My agent sent me the script…I don’t normally do G-rated movies, but I read the script and I was incredibly moved by it,” he says. “I have been going to Japan since I was in my 20s. I was surprised when I got this script and I didn’t know this story. 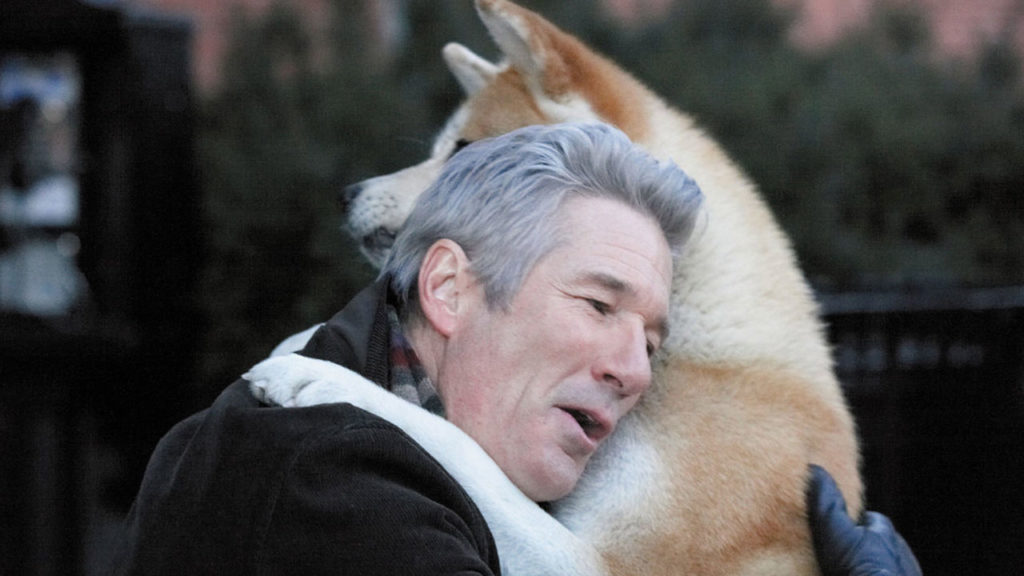 “I said I’d be happy to do this, but I’d need to produce this as well. The story is very straightforward, almost like a fable,” Richard elaborated.

Gere also liked the idea of doing a film that son Homer, 10, could enjoy. “There’s nothing I do that doesn’t factor him in,” says Gere. “He’s the joy in my life.” Homer’s mom is Gere’s wife, actress Carey Lowell.

“He’s had this wonderful dog since he was a child.  We’ve had the dog since the dog was a puppy,” Gere says of their 8-year-old “kind of a Border Collie crossed with a Corgi” named Billie, after jazz singer Billie Holliday.

The dog in the film, Hachi, is an Akita that Professor Wilson finds as a puppy abandoned at a train station. After a fruitless search for the dog’s owner, Wilson adopts the dog, making it part of the family.

“We thought we were making a children’s movie…but it’s maybe a little too intense for young kids,” says Gere of the tearjerker. “Dealing with very big subjects and very adult stuff.”

This Richard Gere dog film was made possible because of Hachi’s true, impeccable story. Without speaking to Gere in such a powerful way, Hachi’s message may have never been told in movie-form.

I am so glad this movie has come to Hallmark. Now that I have seen it, I have ordered my own copy.

Thank you for taking the time to publish this information very useful! I’ve been looking for books of this nature for a way too long. I’m just glad that I found yours. Looking forward for your next post.

What does it mean to own a pet dog? If you think that it’s more or less the same thing that it was when you are a child,vetscan flex4 rapid test
you couldn’t be farther from the truth. In America today, there are more pets than there are people.