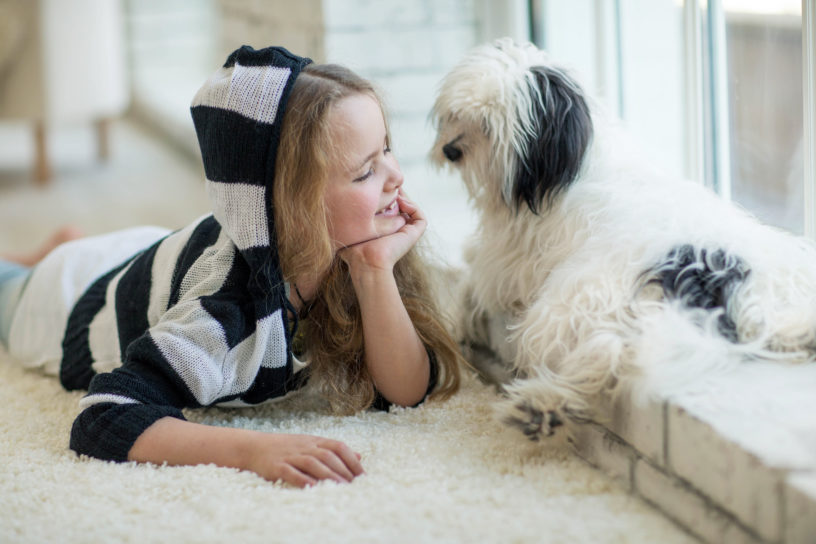 I’m sure you’ve seen the sight — dogs who look (and act) just like their owners.

But, have you ever wondered why?  Did you see that animated movie, 101 Dalmatians? It was such a unique movie because it showed a different side of the canine world. Of course, none of it is real. It’s not based on a real story, but there’s a part in it that shows how much dogs resemble us.

It’s that scene in 101 Dalmatians, right in the beginning, when different owners are strolling along with their dogs —- and the dogs look just like their owners. Remember? I like it because it’s a great visual representation of what I’ve always observed.

Oh, not necessarily physically (well, maybe sometimes!) but mostly in behavior and attitude.

Dogs are our reflections.

That sounds a little funny, but it’s true!

An Article in Psychology Today, “Life History and Owner’s Nature Shape a Dog’s Personality”, suggests that an owner’s attributes shape the dog’s overall behavior. It talks about a massive study that was conducted in Budapest, Hungary and published in the Behavioral Processes journal.

Over 14,000 dogs were observed (and probably even given treats!). They were studied along with their owner’s lifestyle and the conclusions were very interesting. It seems that the calmer dogs were dogs owned by the same owner since birth, or older dogs usually over the age of seven. 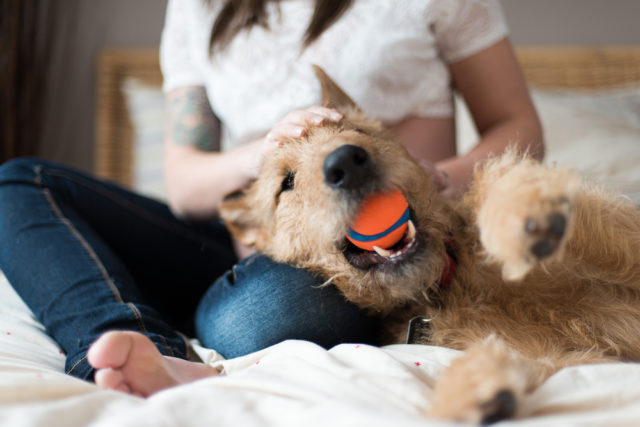 The test revealed that the dog’s sociability was determined by age and the time and attention that the owner spent with the dog. When the pup spent more time by the owner’s side, they developed more social skills.

Well, that stands to reason, doesn’t it? It just shows how much our pups are like us — even in this sense.

Fearful traits in dogs were also studied. These are the animals that appeared frightened. Have they been abused? Have they been homeless? What made them so fearful? Animal shelters are full of skittish dogs. Yet, we all know that with a loving owner, these pups can get over their fear and learn to enjoy just being a dog!

These sweet canines have been beaten down without any fault of their own. Their fear and possible aggression is from neglect or abuse, whether by a human or another animal, and they need our compassion to build their trust. With love and attention, they can be made whole again. Once placed in a forever home, the pup will slowly reflect the current owner’s emotions and personality. 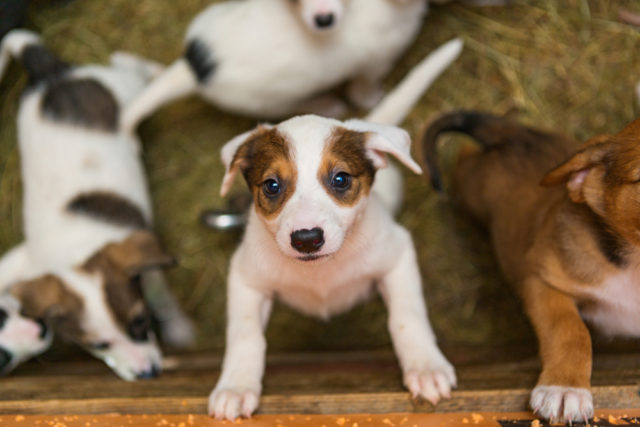 I’m all for adopting shelter animals. If you’ve ever visited, you can see how excited the dogs are to see you. Choose me, please! I’m especially drawn to the senior pups who are dropped off due to medical care and expenses issues.

Then, there’s always the sad pup who sits in the corner. Their entire life has been full of neglect and fear. With eyes that plead for help, they seem to have given up hope. Doesn’t it make you want to take him home?

There’s no better feeling than watching a frightened animal transform into a secure and carefree dog. Imagine the joy and comfort you can provide — comfy bed, healthy food, lots of fresh water, car rides, and fun, fun fun. They say it’s a dog’s life for good reason!

Perhaps your future best canine buddy is waiting, right now, just for you…

This just goes to show that dogs reflect us in many ways. Even if they don’t look like us!  In what ways does your pup reflect you? Be honest now! Let me know in the comments!