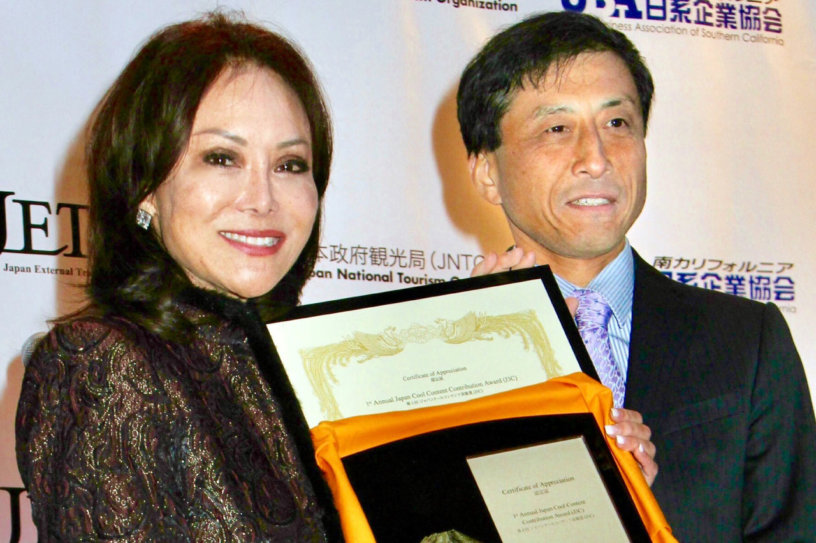 LA Eigafest is devoted to showcasing Japanese influenced films to an American audience, promoting emerging filmmakers to Hollywood, and enhancing the relationship between the US and Japanese film industries.

As part of the Festival, the Japanese government awarded the “U.S. Japan Content Merit Award”  for bringing Japanese content and talent to a mainstream American audience via Eigafest 2013. 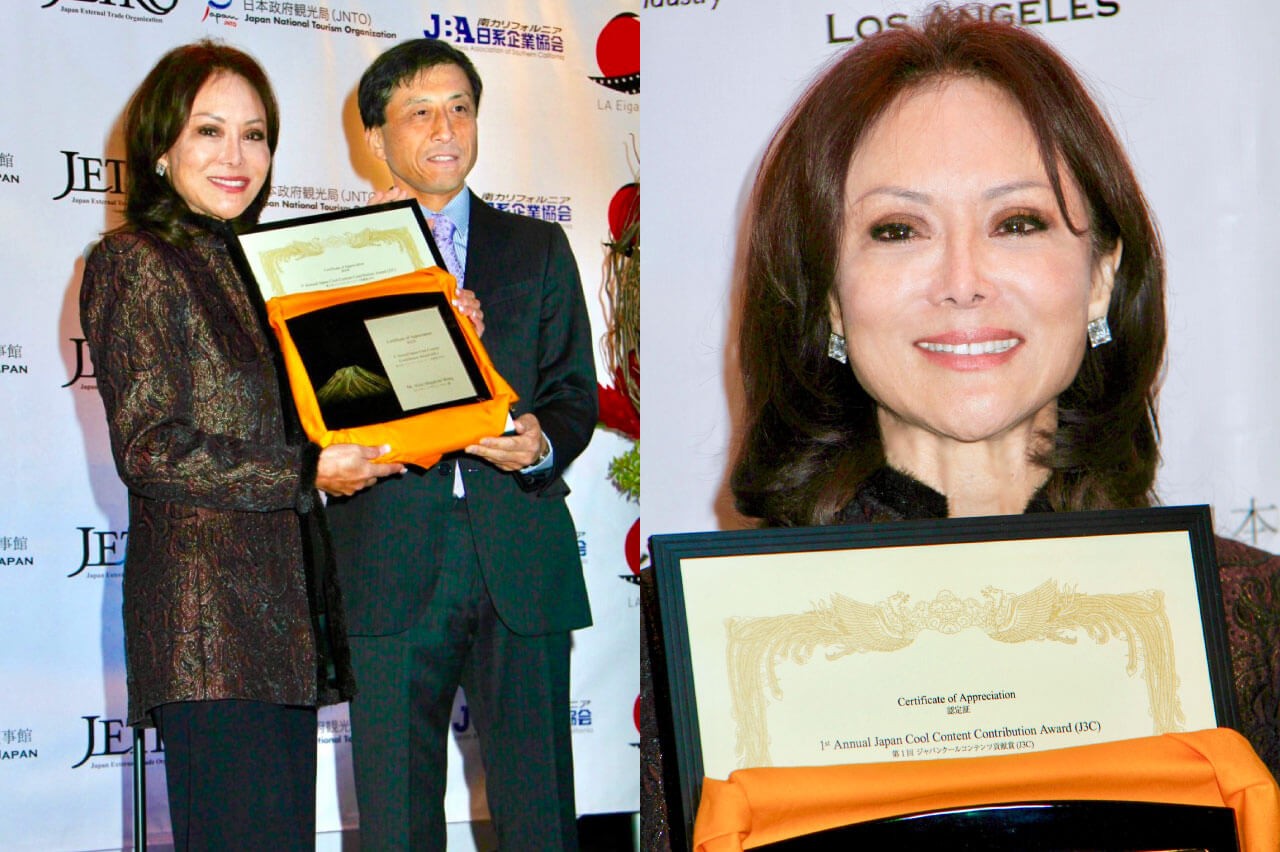 Besides being honored for “Hachi: A Dog’s Tale”, other recipients were Director Guillermo Del Toro (Pacific Rim), Producer Tim Kring (Heroes), Producer Don Murphy (Transformers) and Chief Content Officer John Lasseter (Toy Story) of Pixar who created the market for Ghibli Films in the US.

The Opening of the 3rd Annual Eigafest 2013

The 3rd annual LA Eigafest opened with the premiere of the Clint Eastwood remake “Unforgiven” starring Ken Watanabe and directed by Lee Sang-il. 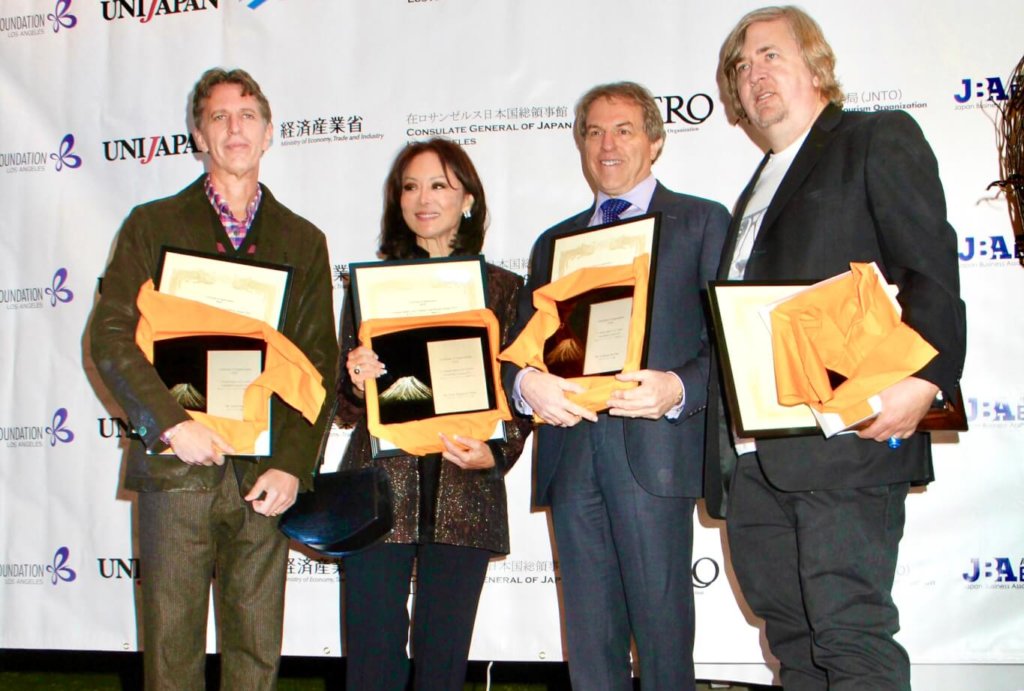 The screening was held at the famous Egyptian theater with Mr. Watanabe and Mr. Sang-il answering audience questions after the screening, much to their delight.

It was a joyful evening with a delicious buffet reception and lots of avid film fans. The festival is headed by Mr. Hayato Mitsuishi, President of the Japan Film Society.

Hayato has boundless energy, a warm smile and is an exuberant advocate for Japan films. 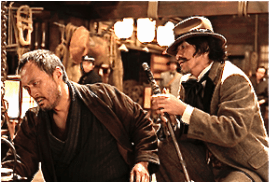 Supporting the festival was Misako Ito, Director of the Japan Foundation Los Angeles. I first met Misako when she coordinated a Hachi screening and reception for t

he Japanese Ambassador in Washington DC.

There’s nothing Misako can’t find out or do!

The entire weekend was invaluable for aspiring and advanced filmmakers alike. I participated in a business panel on Saturday morning, and learned quite a bit about anime and manga from Jason Hoffs, head of VIZ Productions. The company acquires world-class 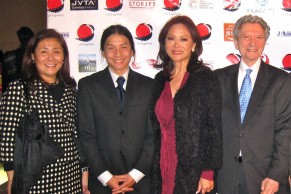 Japanese intellectual properties and packages them with Hollywood creative talent.

Also on the panel was actor, writer, producer Masi Oka.  An Emmy and Golden Globe nominated actor,  Masi Oka burst onto the scene in NBC’s series “Heroes” and currently can be seen on the hit series, “Hawaii 5-0.”

Jason and Masi are both consummate professionals, and possess a huge body of knowledge about film and television production. I came into film quite a different way.

As I shared that morning- my career started because of a dog in 1930’s Japan!

Eigafest 2013 was a hit and I couldn’t have been more excited to be there! What is your favorite Japanese inspired film (besides Hachi: A Dog’s Tale, of course)?
Subscribe (Get notified of new replies)
2 Comments
oldest
newest most voted
Inline Feedbacks
View all comments

Vicki
Our congratulations to you in receiving the award and the other recipients too.
Your work has been an inspiration and treasure to many.

Thank you for your kind words. My inspiration, from that first moment I spotted Hachiko’s statue, was to spread his inspiring story. It became all the more meaningful when I adopted my Shiba ( I named him Hachi , of course!) and that little guy altered the way I viewed the world, and myself! Dogs truly are pure souls with messages…🙏🏻