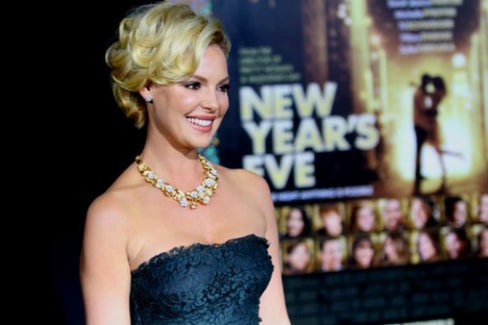 Katherine Heigl is making headlines and no, it’s not for her upcoming movie “One for the Money,” but for her initiative to save homeless canines inspired by Hachiko’s loyalty.

The actress recently blogged for iVillage’s CelebVillage series voicing the importance of adopting pets and saving them from being killed each year, originally inspired by Hachiko’s loyalty in Hachi: A Dog’s Tale.

Heigl, along with her mother Nancy, founded the Jason Debus Heigl Foundation, in honor of her late brother. Started around four years ago, the organization fights to change policies, raise awareness and stop the killing of adoptable dogs throughout Los Angeles.

The actress is on a mission and nothing is going to stop her. In addition to being an animal lover and an activist, what really inspired her was the film “Hachi: A Dog’s Tale,” which illustrated the connection between humans and dogs.

“The message of “Hachi” is one of true unwavering loyalty, devotion, and love — and that’s just from the dog’s perspective. This emotional and spiritual connection between humans and companion animals comes as no surprise to me since I have had the great privilege of fostering just such relationships throughout my life. But I wondered if it came as a surprise to others,” she writes.

“I began to think about the abandoned, the forgotten, the abused animals Nancy and I fight so hard for and asked myself, “Who is responsible?” Is it just the abusers or the reckless or the thoughtless that we should be pointing our fingers at, or are we as a society and community culpable too?”

For Heigl, having a pet is more than just feeding and taking them for a walk, but it’s about loving them as a companion and having them love you back.

She is reaching out to protect these beings.

“There is a crisis going on for our beloved friends and they need us. We can help, we can make a difference, we can change the outcome for millions of voiceless, innocent creatures who have done nothing more to deserve their outcome than be the product of a neglectful society.”

According to Heigl, four million pets up for adoption are being killed in shelters each year because of overcrowding. She is trusting people will open their hearts and do the right thing.

As she says effortlessly, “These remarkable creatures have put so much trust and heart into the human race: Now all we have to do is deserve it.”

It’s gratifying to hear when Hachiko’s loyalty promotes animal awareness. That’s why I wanted to make the film!

Do you want to adopt and save animals? Does Hachiko’s loyalty drive you to find fulfillment in life through aiding animals in need?