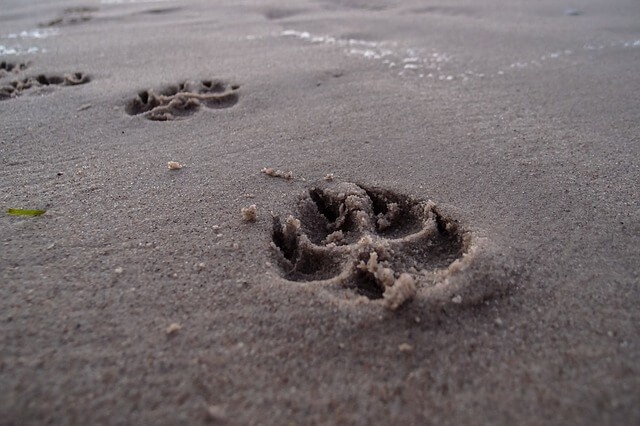 Looking for a way to bring this emotional story to life? This Hachikō book, “Pawprints in Japan” is perfect for remembering such a loyal, loving dog. It’s just what you need!

“Pawprints In Japan” is an enthralling Hachiko book and is sure to capture your heart and bring Hachi alive once more. Painstakingly researched and written by long-time dog lover and Akita owner, Nicholas C. Rhoden, it breathes something fresh into this aged story. 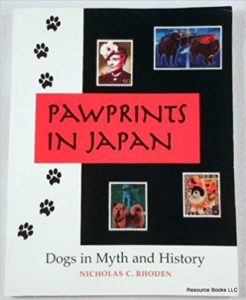 I was recently contacted by Linda Wroth, who shared this book with me. Linda is mentioned in the Preface, and is an Akita owner who is devoted to the well being and history of the Akita dog.

This Hachikō Book is Expansive

The book is a greatly expanded collection of four award-winning articles previously published in The Akita Journal. Each of the original articles won “Best Article of the Year in a Single-Breed Magazine,” awarded by the Dog Writers Association of America.

The first chapter is “Hachi-ko, the Loyal Dog—and the Forgotten Story of an American Tribute.” I learned many details about Hachiko’s life prior to his death- the kindness of Dr. Ueno’s (Hachiko’s owner) former gardener, Mr. Kikuzaburo Kobayashi and by the Director of Shibuya Station, Mr. Chuichi Yoshikawa.

We learn about Hachi’s daily life and health issues, including why his left ear drooped.

Prior to Hachi becoming famous, the shopkeepers and locals were generally indifferent towards him. An exception was the famous stage and screen star Yoshiko Kawada who would visit him as a friend.

Learn how Hachiko became known as the protector of the “underdog!”

Included are rare photos of Hachi and a map of Tokyo showing the exact spots that Hachi frequented. We can see the actual distance from Shibuya Station, Profesor’s Ueno’s home, the University, Hachiko’s gravesite, and other locations of interest.

Through this visual, we get a clearer picture of Hachi’s everyday life and devotion and can almost feel as if we were with him. 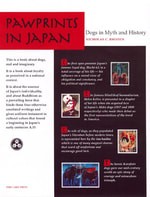 In honor of Hachiko, Elizabeth led a famous Airedale named Kentucky Boy lll (the most decorated dog in the US, he was the recipient of 16 medals for heroism) to the platform and officially turned over the containers of pennies, nickels, and dimes contributed by American and Japanese-American school  children all over the Southland.

More from Pawprints in Japan

The other three chapters are equally fascinating: “Helen Keller: Saint of Three Burdens and the Forgotten Story of Her Akitas—First in America”, “Myths and Legends of the Dog in Ancient Japan: Demon or Demi-God?” and “Taro and Jiro: The Never-to-Be-Forgotten Story of an Incredible Survival—and the Untold Story of an Omen”.

A special treat is the over 70 fascinating photographs of Hachiko, Helen Keller with her Akitas, and Taro and Jiro- the courageous dogs of the Antarctica dog sled team with an incredible survival tale.

You can purchase “Pawprints in Japan” from the Akita Club of America. The ACA store is located at this link.  The price per book is $25.00 plus shipping and handling.

Update: The book “Pawprints in Japan” is no longer available from the ACA store. You can now find the book on Amazon.

Reading this book made me feel even more respectful of Hachiko, the loyal dog of Japan.

Do you want to learn more about Hachi’s story in this Hachiko book? What’s something about the Akita dog breed that fascinates you?

Vicki is always so considerate of all the Hachi fans by giving us information on books pertaining to Hachiko. I would have likely never heard of this book, it will be on my seek and purchase list. Hachi is smiling at you Vicki, for your devotion to his memory.
I have been with my 2 Shiba Inu (Sebastian & Copper) for 2 years now, and can see why the Japanese people bond so closely with their dogs. I tell them often about Hachi. They seem to understand! 🙂
Thanks so much , and wishing you the best.

Hi Bruce,
“Pawprints in Japan” really brings the Hachiko story to life! The author, Nicholas C. Rhoden, writes in a warm, intimate manner that is sure to endear. Glad to hear Sebastian and Copper continue to bring you joy.
Best, Vicki

Hai all,
I just want to know how to buy or get The Pawprints in Japan book, because i lived in Jakarta Indonesia. I really love Hachi and hope oneday i would have one akita”s in my house.

Hi I am going to Jakarta June 17. If you like I can purchase for you.

Dear Yulia,
Thanks for your kindness. If you dont mind, please purchase me one. It would be great to have it. Anyway, how much do i pay to you and how.
Best regard,
Denny

Wow, Vicki! Thank you so much for your kind words about Nicholas’s book!! I just wanted to mention the money from sales of the book all goes to benefit Akitas, including health and rescue, through the Akita Club of America. Best, Linda

Vicki, this is just so precious, who ever created it has a tender heart.
I wanted to share it with you and all loyal Hachi fans.
Sebastian and Copper would approve.
http://cheezburger.com/4508683008

Vicki, this is just so precious, who ever created it has a tender heart.
I wanted to share it with you and all loyal Hachi fans.
Sebastian and Copper would approve.
http://cheezburger.com/4508683008

I just learned about Hachi and your wonderful movie last week on Christmas from a neighbor, and by divine or canine (dyslexic atheist joke!) coincidence, I found the DVD the next day! Since then, I’ve been loaning the DVD to my co-workers and researching the real Hachi. My co-workers agree with me that we would like to have seen scenes of Cate, Andy, Michael and Ronnie visiting Hachi at the station through the years as the Ueno family did, and Carl the grumpy station master following Mr. Yoshikawa’s example by giving Hachi a storage room. Also, the Wilsons, Carl and… Read more »

Hi Yulia,
If you already brought that book, please let me know.
Regard
Denny

Hai all,
I just want to know how to buy or get The Pawprints in Japan book, because i lived in Jakarta Indonesia. I love Hachi and his story, very2 touch my heart and make tears flow.. Hope oneday i would have one akita”s inu like Hachi in my house. I deeply believe that Hachi is angel….My pray always for you, Hachiko