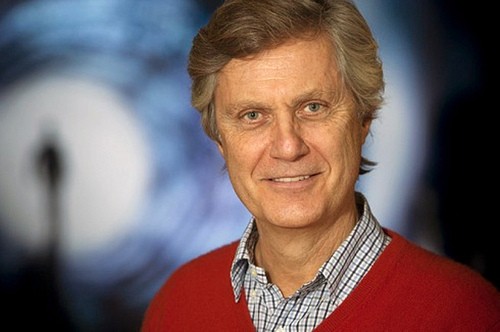 Hachi: A Dog’s Tale star Richard Gere talks about his iconic role as Professor Parker Wilson in this dog film and how one dog’s monumental story impacted his life.

This is no ordinary dog film. Hachiko’s true story reached from Japanese culture all the way to America where a movie was made to commemorate all he gave to society.

By Dave Itzkoff, New York Times, Sept 24, 2010 – Mr. Gere said he was offered the script a few years ago, at a time when he was looking for films that his young son, Homer, could enjoy.

“It had to do with these questions of life and death and loyalty,” said Mr. Gere, who in a recent telephone interview was careful not to use the word pet to describe the shelter dog his family keeps.

“It does imply a hierarchy of import, doesn’t it?” Mr. Gere said. “I don’t know who’s the master of who in these relationships.”

After joining the dog film in the role of the professor as well as a producer, Mr. Gere recruited Mr. Hallstrom, who had recently directed him in “The Hoax,” a 2007 film about the forger Clifford Irving.

Director of Another Dog Film Joins the Crew

Mr. Hallstrom, who broke through in the United States with his Swedish coming-of-age film, “My Life as a Dog,” in which the young protagonist is shattered to learn of the death of his family’s hound, said he was wary of taking on material that was in any way similar.

“I had taken pride in being absolutely unsentimental with ‘My Life as a Dog,’ and this was a very sentimental story,” Mr. Hallstrom said in a telephone interview.

But he added that he found the title character in “Hachi” as compelling as any of the humans he’d focused on in his previous films.

“I don’t point fingers at the different incarnations of life,” Mr. Hallstrom said. “Whether it is eccentrics or outsiders or dogs, I want to be as truthful as possible in depicting them.” 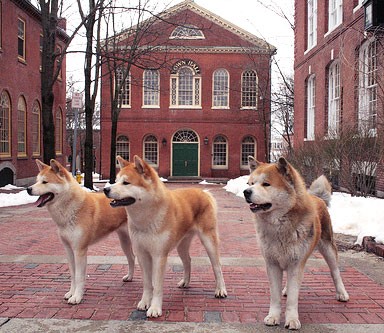 The Dogs of Hachi: A Dog’s Tale

The film was shot primarily in Rhode Island, using three Akitas to play the different stages of Hachi’s life and his varying dispositions: one dog that was good at sitting calmly, a second that was trained to walk slowly and a third that “ran a lot and jumped a lot and licked people’s faces,” Mr. Hallstrom said.

Mr. Gere described his introduction to his four-legged co-stars by an animal trainer as if he were being initiated into a rock star’s entourage.

“He said, ‘Don’t touch them, don’t reach out, don’t even look at them in that first meeting,’” Mr. Gere recalled. “‘Just come and hang with us and be yourself.’”

There was, Mr. Gere said, “a certain amount of anxiety, of would we get along? They cannot be bought.” But after about three days, he said, “One of the dogs came over and put her head right on my lap. And that was a big moment — I was accepted in the pack.”

Thanks to Gere’s impact from the true tale of Hachi, this dog film was made to be an incredible story of love, faithfulness, and loyalty. How much did you like Richard Gere’s role in Hachi: A Dog’s Tale?

I will never ever forget this film. A very touching film that made me cry and even my sis. Even I watch it for the nth times I will never get bored. To all the dog lovers please watch it. For sure you will cry. I fell in love with the movie.

This was a powerful, really, really, REALLY moving film! Gere was perfect for the role of Parker! I’m so glad I bought the DVD. I have seen the older Japanese version and it has a different feel to it as well as being somewhat “slow” moving, the American version is much better. As a professional sculptor I was interested in the bronze at the train station, I don’t really like the artists’ rendering of Hachi, it’s very impressionist in style and more of a “shape” sculpture, but given it was made in the 1940s its not surprising. Hmm, I might… Read more »

One more thing I thought of, two actually, I read of a broken recording of the original Hachiko’s barking but have been unable to find any sound bites of it on the web 🙁 The other was, I read of there being bronze paw prints on the exact spot the dog used to sitin the station, but have not found any photos of them and from the description it sounded like the spot the statue is located is not the actual spot the dog stayed at. Last thought for now 🙂 seems the details on this story vary considerably by… Read more »