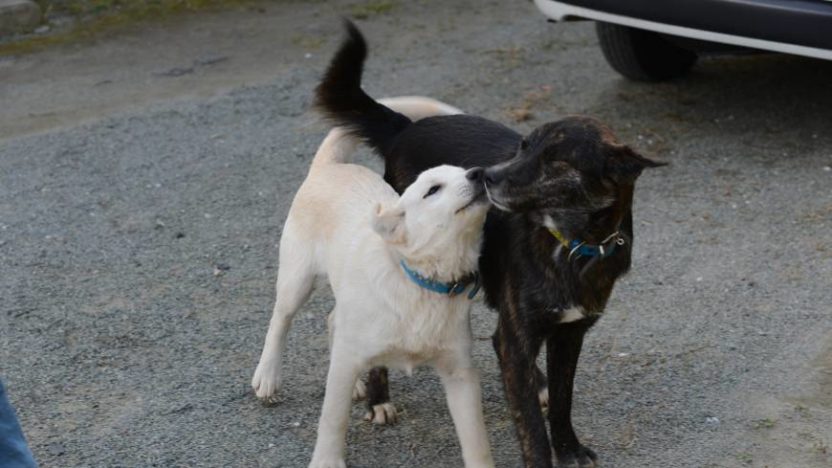 The Bring Hachi Home campaign is part of the Hachiko Coalition’s efforts to raise awareness for the animals abandoned by the Japanese government inside the nuclear exclusion zone after the March 11 earthquake and tsunami that crippled the Fukushima Dai-ichi Nuclear Power Plant.

Hollywood producer Vicki Shigekuni Wong kicked off the campaign by donating for auction autographed black-and-white portraits of herself and Chico, one of the Akita dog stars in “Hachi: A Dog’s Tale” (2009). Wong produced the film, which stars Richard Gere and Joan Allen. 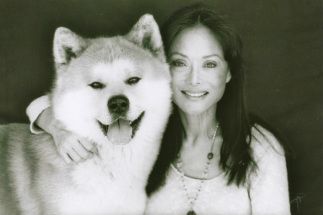 The Hachiko Coalition will sell the portraits donated by Wong to help raise funds for vetted animal rescue and relief groups working in Japan. One hundred percent of all sales will go to support these groups and the animals.

“Hachi: A Dog’s Tale” was based on a true story about the unconditional loyalty of a Japanese Akita toward his master in the 1920s-1930s. The dog, Hachi, was known for patiently waiting each evening for his master at Shibuya Train Station in Tokyo.

One day, his master never arrived; he had suffered a heart attack. Following his master’s death, Hachi was placed with family members but would escape and be found at the train station, keeping his vigil.

He waited almost 10 years for his master to come home.

Hachi became a celebrity and a legend. The local paper wrote stories about him, and he became a national symbol. He was the subject of a 1987 movie, “Hachiko Monogatari.” The story came to symbolize the loyalty and love that animals, especially dogs, have for their owners.

Today, a Hachiko statue stands right outside the Shibuya Train Station. The statue is a well-known meeting place and is visited by thousands each year in tribute to the loyal dog.

Informally created during Hurricane Katrina to provide contract support to the U.S. Air Force for civilian emergency evacuation, the Hachiko Coalition was regrouped and renamed following the triple catastrophe in Japan. Currently, the coalition is working to draw attention to the plight of animals and pets left behind within the Fukushima radioactive exclusion zone.

For more information on how to help, go to the Hachiko Coalition’s website at http://hachikocoaltion.org or the Facebook page at www.facebook.com/hachiko.coalition.

Information will be posted on how to purchase an autographed photo and other auction items to help save the Fukushima animals.

All:
The first autographed photo is up for auction here:
http://cgi.ebay.com/ws/eBayISAPI.dll?ViewItem&item=260815141634&ssPageName=ADME%3AB%3AEF%3AUS%3A1123
Thanks to Vicki Wong for providing this great resource!

Jon
Thanks for the information on Vicki’s wonderful act to help the animals in Fukushima ,Japan.
Although we are Hachi fans, we also are in two rescue groups,Siberian Huskies and Boston Terriers, and my buddies Sebastian,Copper(Shiba Inu) and I realize and know how difficult it is to raise money for causes.
Sebastian and Copper really want the first autographed photo, as Hachi and Vicki are their idols!
Good luck with this!

We missed the first listing on Ebay, not sure what happened, but going to try to obtain the new listing of the #1 photo of Vicki and Chico!
Sebastian has his finger….paws crossed!