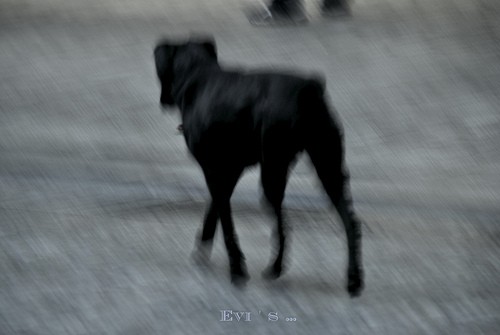 On April 21, the Japanese government decided to begin enforcing a “no-go” policy within the 20km radiation evacuation zone inside Fukushima Prefecture. This decision prevents access inside this zone by private Animal Search and Rescue (SAR) teams who were previously evacuating domesticated animals inside the zone.

Animals of Fukushima in Desparate Need of Aid

Estimates provided by the Fukushima Prefecture government place the number of registered dogs within the nine municipalities under evacuation orders at more than 5800. This figure does not include the many cats or unregistered dogs. Other local animal welfare groups have placed this estimate closer to 10,000 dogs. Many of these animals were left at home when the evacuation took place.

In a stunning example of selfless action, yet another video shows a man who re-entered the zone attempting to rescue and feed animals while also recovering the dead.

In a message posted to Facebook, Hosti stated:
​”The government deserted the animals. Animal[s] dies if there is no food. We violated the law, invaded, and helped the dog[s]. However, a lot of animals are left.  These are animals sacrificed in [sic] the Fukushima nuclear power plant.”

These pleas for help are surreal, however evacuation of the domesticated animals was being conducted by trained Animal Search and Rescue (A-SAR) teams and can continue safely if the government simply allows it.

We Call for Evacuation for Animals of Fukushima

The Hachiko Coalition requests that the government and Tokyo Electric Power Company (TEPCO) act now to evacuate these animals. Furthermore, TEPCO should also immediately release disaster response funding from their insurance pools to the impacted prefectures for the use of animal evacuation.

While this conference may result in a new measures being taken to evacuate the animals, the Japanese government must allow these measures to be implemented.

The Hachiko Coalition is calling for the organized, and immediate evacuation of all uncontaminated domestic animals and livestock inside the exclusion zone.

You can make a difference.

Take a moment, right now, and show your support by spreading the word to family, friends, by Facebook, blogs, emails to decision making officials.

​Take action and speak up for the animals who can’t speak for themselves!

Please view this moving video, and pass along to everyone you know.  It shows the “on the ground” reality of the abandoned animals.
Any one of these beautiful animals could be your pet! Do what you can to help. Every person acting in a small way can create big change.  You can make a difference between life or death. Visit hachiko-coalition.org.
Subscribe (Get notified of new replies)
7 Comments
oldest
newest most voted
Inline Feedbacks
View all comments

Thank you so much, Vicki, for helping
The Hachiko Coalition to raise awareness for the animals forgotten in the Fukushima nuclear exclusion zone area!

Vicki
Thank you so much for what you are doing to help the animals in Japan.
Sebastian & Copper, my Shiba Inu buddies and I want to help, we would like to purchase one of the upcoming Hachiko autographed photos you are donating, but cannot find if they have been offered at the Hachiko Coalition website, can you help with any information?

Hi all:
I’m the founder of The Hachiko Coalition and wanted to let you know that the photos have arrived and we are working on the best way to get them to the Hachi fans while raising the most funds for the shelters in Japan. We should have this ready soon, either later this week or next. We don’t want to act too fast and reduce the effectiveness of this for the target shelters that will receive the funds.
Thanks for your interest and ongoing support,
Jon Orb

Jon
Thank you for the information I asked about and for what you are doing with the Hachiko Coalition.
I will help.

All:
The first autographed photo is up for auction here:
http://cgi.ebay.com/ws/eBayISAPI.dll?ViewItem&item=260815141634&ssPageName=ADME%3AB%3AEF%3AUS%3A1123
Thanks to Vicki Wong for providing this great resource!

were previously evacuating domesticated animals inside the zone.

I am so heartbroken and sad having watched the videos of these helpless animals of Fukushima and happy that Vicky is doing everything to highlight the situation. I am an animal lover and have nine cats and that we should have respect for them. I would like to help any way I can with small. Donations or whatever is required.